The GSA Foundation Board of Trustees is a group of volunteer leaders, prominent and dedicated geologists, who govern the Foundation. We are fortunate that their multi-year terms, often renewed for a second consecutive span, provide a stable continuum to ensure transparent, cost-effective operations, open communication with the Society, and prudent fund management. We would like to introduce you to our two newest Trustees who joined the board in the last year. 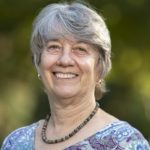 Lydia Fox is Associate Professor of Geological & Environmental Sciences at University of the Pacific and also the Director of Undergraduate Research. A recipient of Pacific’s Distinguished Faculty Award, the Spanos Distinguished Teaching Award, Lydia is passionate about teaching and connecting undergraduates to research opportunities. Lydia received her B.S.E. in geological engineering from Princeton University and her Ph.D. in geological sciences from the University of California, Santa Barbara and initially worked as a field engineer for Schlumberger Well Services and then as a geologist for the U.S. Geological Survey in Menlo Park, before teaching at California State University, Northridge. While department chair at Pacific, Lydia facilitated the addition of a major in Environmental Sciences; she has been the Director of the interdisciplinary Environmental Studies program since 2004. Her research is in the area of Mesozoic granites and hydrothermal alteration. She remains deeply involved in her field: Lydia is an active member of the Council on Undergraduate Research, and she is currently the chair of the Field Camp Scholarship Committee for the National Association of Geoscience Teachers and serves on the Executive Committee of the Education Section of the American Geophysical Union. 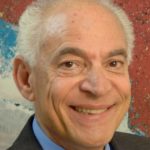 Farouk El-Baz returns to the Foundation board, on which he previously served from 1999–2009. He is seasoned in fundraising efforts on behalf of GSA, since he also served on the Second Century committee in the mid-nineties, including as campaign co-chair for two years. Many of you are aware of two awards he established with GSAF: The El-Baz Desert Research Award recognizes an outstanding body of work by a young scientist in warm desert research, and the El-Baz Research Grant supports desert studies by students either in the senior year of their undergraduate studies, or at the master’s or Ph.D. level. Years before his deep involvement with GSA, Farouk received a B.S. in chemistry and geology from Ain Shams University in Egypt. His M.S. and Ph.D. degrees are from University of Missouri and MIT, and he went on to work in Egypt’s oil industry before becoming secretary of lunar landing site selection in the Apollo program. From the early 1970s and into the 1980s, he established and directed the Smithsonian Institution’s Center for Earth and Planetary Studies, and served as Science Advisor to the late President Anwar Sadat of Egypt. Farouk stepped into the corporate world for several years at Itek Optical Systems before moving on to a 30-year tenure at Boston University. His awards, honors, fellowships, and board memberships are numerous, reflecting an esteemed career across both the United States and Egypt, and not the least of which include eight honorary doctoral degrees, chairmanship of the U.S. National Committee for Geological Sciences, and NASA’s Apollo Achievement Award.

Both of our new Trustees bring invaluable experience and expansive insight to the Foundation. We hope you will have the opportunity to meet and talk with them through various GSAF activities over the coming years.