A lifelong commitment to promoting young geoscientists is a passion for a couple who met early in their geophysics careers.

When Carol and Seth Stein crossed paths at the California Institute of Technology in the late 1970s, Carol was an undergraduate whose brother shared an office with fellow grad student, Seth. One of the first women to receive a degree in geophysics at Caltech, Carol explained that at the time, most computing was done in a computing center: “You handed in your cards and waited an hour.” Those hours allowed time for the two young geoscientists to get acquainted, although it wasn’t until Seth was working on his post-doc and Carol went to grad school, that the two started dating. Seth took Carol on her first backpacking trip in the Sierras; with smiles, they still recall the bear who went to great lengths to devour their tree-stashed food in Yosemite.

Now married 39 years, the Steins are grateful to have benefitted from enormous encouragement early in their training. Both are esteemed geophysicists: a professor in the University of Illinois at Chicago’s Department of Earth & Environmental Sciences, Carol has been an editor for AGU’s Eos, is a GSA Fellow, and served as chair of GSA’s Geophysics and Geodynamics Division. Seth, William Deering Professor of Geological Sciences at Northwestern University, has received prestigious medals and awards from GSA, AGU, EGU, and the Royal Astronomical Society. He has served as scientific director of UNAVCO and visiting senior scientist at NASA’s Goddard Space Flight Center. Much of their careers has been spent working side-by-side, maintaining the scientific integrity that sometimes means brutal honesty and vigorous articulation of differing perspectives, while recognizing that scientific disagreement and spirited discussion did not translate to animosity in their personal life and family. This understanding has allowed for an unusual extent of gratifying scientific work together.

For all of their shared work and interests, their differences contributed to rewarding scientific collaboration. Although each one’s greatest research interest is in plate tectonics, Carol was trained as a marine geophysicist, and Seth’s training was heavy in mathematics and physics. Carol describes her husband as more process oriented, while Seth values her field-based background. The couple has found it “very useful to bring different ways of thinking about the world” into their shared work. They learned to appreciate the value of jointly looking for a solution, rather than one or the other being right, and carried this guiding principle over from work to their home lives.

For the last decade, the Steins’ vacations around Lake Superior led to extensive research on the 2,000-mile-long Midcontinent Rift that underlies the lake and is responsible for much of the region’s beauty and growth. As their work focused on this major feature of North American geology, their involvement with GSA increased. Although the Steins have both been heavily involved in other organizations, the greatest overlap between them is with the Society. With this new project, they started attending GSA’s annual meeting together and discovered many things they enjoyed. Seth appreciates GSA as a “human-scaled entity.” For instance, he often meets GSA officers and leadership sitting next to him at technical sessions.

During Carol’s service as chair of the Society’s Geophysics and Geodynamics Division, she started the division’s best student presentation awards based on talks and posters at the annual meeting: “It’s a way of acknowledging that this is very important. It’s saying ‘We really value our young people.’” Now, Carol and Seth are generously giving back as a couple through the Seth and Carol Stein Early Career Award in Geophysics and Geodynamics. The Steins are passionate about encouraging and supporting the next generation of scientists and these efforts are an important part of what they do together.

If you are interested in learning how you can help the next generation of geoscientists thrive and flourish in your footsteps, please contact Debbie Marcinkowski at (303) 357-1047 or dmarcinkowski@geosociety.org. We are grateful for those in a position to give back like the Steins, and we are pleased to help you find the right fit for your interests. 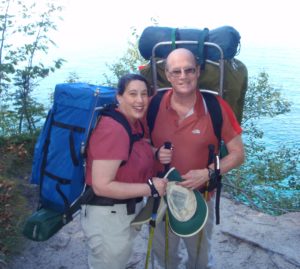 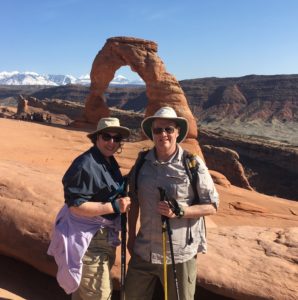