The Wright-Troxel Fund supports graduate field-based research in (1) the region broadly centered on Death Valley National Park or (2) in the western and southern Basin and Range Tectonic Province. Preferred, though not exclusive, disciplines include geologic mapping and stratigraphic and structural studies.

Lauren Wright and Bennie Troxel began study and geologic mapping in the Death Valley region as a team in the early 1950s. Lauren had already worked on the talc deposits in the area for his Ph.D. at Caltech. During his early career as a geologist for the California Division of Mines in Los Angeles, he hired Bennie, a fresh master’s graduate from UCLA. Both were influenced and befriended by Levi Noble, another pioneer USGS geologist who had worked in the Death Valley region for decades.

During their geological partnership of more than 50 years, Lauren and Bennie investigated the Proterozoic and late Cenozoic history of the area and were among the first to recognize the role that low-angle normal faulting played in extending the region. Please see a special issue of Earth Science Reviews, v. 73 (2005) for their personal histories and a collection of papers celebrating their 50 years of research. 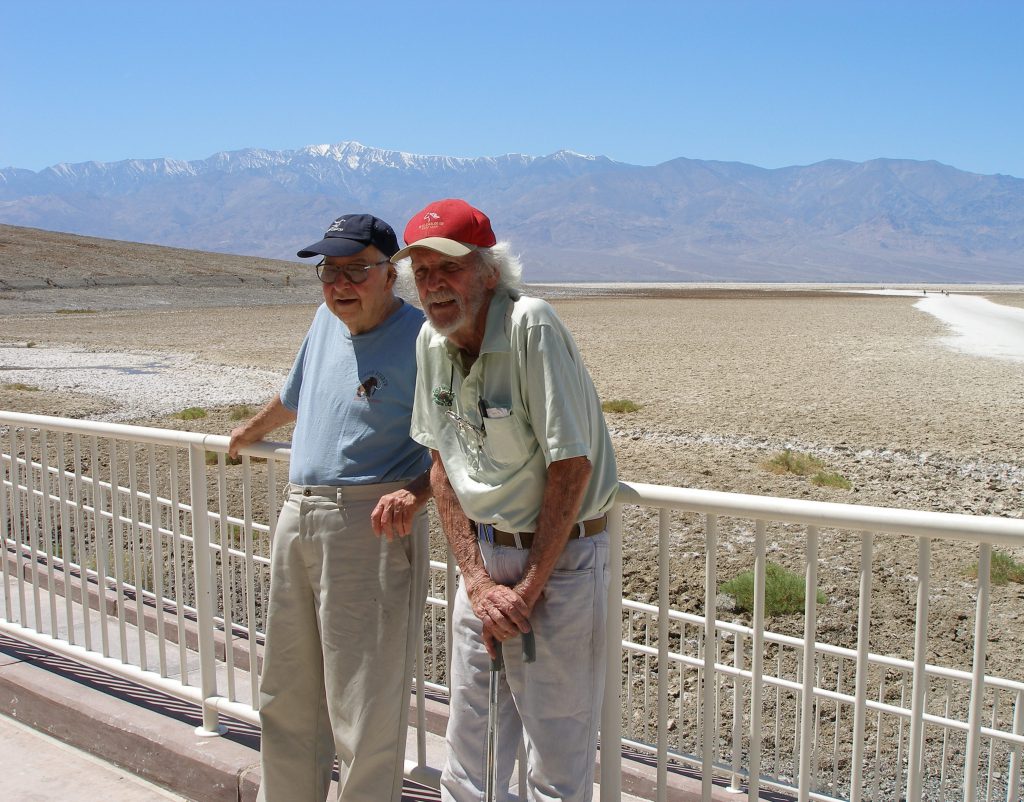 There were some errors in your form

Your donation was accepted.

Thank you for your generous donation.

A donation receipt has been emailed to you.

Print this page for you your records

Your supplied card has not been charged.
We will attempt to make the first transaction around midnight of the start date listed below. A Transaction will be processed on that date each month until cancelled.

A donation receipt has been emailed to you.

Print this page for you your records

Your donation request has been sent.

Thank you for your generosity.

Feel free to contact us directly at avilla@geosociety.org with any questions.